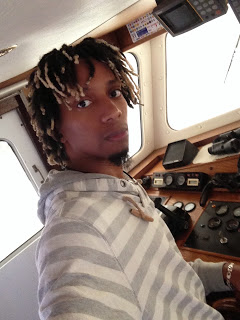 ﻿Squint Koros had to T&E ADAPT 22/12/13
(5 years later in 2019, it was commercially endorsed a merchant vessel and named, SKERD: Squint Koros Entertainment Research and Development)

Mr Aaron Pemberton, along with directors from the company, Squint Koros UK, are planning to work from a large size, 40 foot Trawler Yacht named,T&E ADapt.
Mr Pemberton, acquired the vessel on the,17th of December, deciding on the name in, Marina Alicante, Spain, where his knowledge on boats were tested for making the decision to purchase the yacht.
Mr Pemberton, said: "I sometimes worry it will be expensive but I was more worried about that living in a house. I have qualifications for sailing and cruising and my knowledge of boats means I can keep a vessel like this on the water. It's just a little private space giving us big public reach. We can start talking to the people instead of over the people."
Squint Koros UK, directors have produced editions of books, along with other material to be released by 2015. All of the directors had to look with sagacity up until the arrival of their new office, T&E Adapt, in order to keep prospects of contending with other leading establishments in the industry.
The ostracised struggle of the company claiming resources it was creditable for, created an awareness of the tension about feeding something of sovereign origin by birthright, which,Squint Koros UK, stand with. Mr Pemberton's, mother, Elizabeth Pemberton, is the world famous lead singer of the record breaking group, Boney M. His work has proved a direct lineage is connecting him to an unseen order that must be of uncontested integrity.
Despite the adversaries, Mr Pemberton, has worked against, he has achieved 2 degrees, an RYA day skipper licence for operating the yacht and other qualifications he uses to keep his practise of writer, performer and therapist.
Mr Pemberton said : "I named the boat, T&E ADapt, because it has my father and mother's initials followed by my initials, Aaron Dia, making the words, adapt and apt, depending on how you see it. It reminds me of the work my family and the directors in the company have had to do and may have to keep on doing until we receive credit that is due to us. It also reminds me that we are apt, enough, even when the world tries to tell us we're not."
Mr Pemberton, has already started working from, T&E ADapt but has given no indication of when or if he will be mooring the yacht in the, UK. Either way we can look forward to the journey these men and women are embarking on.
By T. Bollte 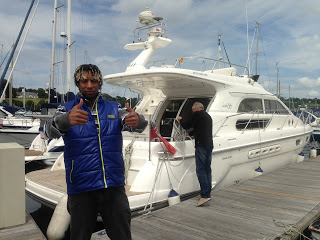 Making Motor Ship Mates 28/06/2013
Our pirates become captains; the battled past year has not stopped, Mr Pemberton, from taking part in an, RYA, motor cruising course in, Cornwall.
Mr Pemberton has been practising to skipper a yacht at, Cornish Cruising Sailing, in Falmouth, where he has spent 5 days working and has completed the week with A VHF radio certificate and a licence to cruise.
His mother, Elizabeth Pemberton, the lead singer of, Boney M, said: “It’s good that he actually has a licence to use a boat in the water."
He has taken a week away from his other work, completing a book and working on the production of a song for the Olympic games in 2014, to do the course. Mr Pemberton is expected to be in Russia a day after completing the course to be on hand for the recording of the song that he has co-written for the games
Mr. Pemberton, said: “I wanted to do the course so that if I ask someone to spend a day or two on the water with me I can safely bring them back to shore. It’s beautiful on the coast and helps you to clear your head after the conflicts and struggling on mainland.
It's because of people arguing that I shouldn’t float I’ve gone and learnt how to captain a boat. I haven’t liked being discriminated against because of my privileges, which have been argued against to the extent I have found a whole new set of them. You cannot keep a man from himself, you fight his existence and he will keep to himself even more. It bothers me that some people are just jealous.”
The instructors at, Cornish Cruising, were more than happy with, Mr Pemberton’s, performance for the level of his motor vessel piloting. The school offers a range of, RYA, courses and yacht chartering. Mr Pemberton, has taken part in beginner classes at the school in 2011 through to now. The instructors have encouraged Mr Pemberton to further his training more.
Phil, Mr Pemberton’s, Instructor on this course said: “Just because you pass your driving test doesn’t make you a formula 1 driver. You need to pass your test and practise. You need a couple years of good experience, a minimum of 2500 nautical miles on the water.”
Mr. Pemberton, expects to be moored in the Medway about the Thames estuary. He intends to use the yacht as a small life capsule. He believes it will boost morale of the directors in their young company, Squint Koros UK. There is certainly a lot of fun to be had on the water. 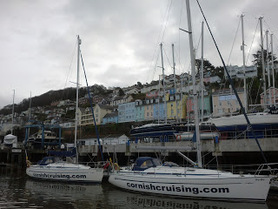 After training on the course, we set off on Sunday 1st of January with a crew of 6, on a Bavaria 46, with Cornish Cruising sailing school, to arrive on Sunday at the London Boat Show.
The school organised two other ships that would sail together with our crew for the great destination of London’s Royal Victoria Dock, where the show was being hosted this year.
Travelling on an average of 6 knots an hour, we hoped to have reached our destination earlier than Sunday. The delay has been almost entirely due to the passing storm that has raised gale 10 winds in the areas we are sailing.
Mark, the captain on our ship said: “If you have an inexperienced crew on board its stupid to face these kinds of winds, that’s why we docked.” Our yacht, The Whealgo, has been docked in Darthaven Marina along with the group sailing with us.
We fell short of, Weymouth, due the growing storm and pulled in on gale force 7 or 8 winds. The swells lifted a body pounding height of 3 or more meters, easily higher than the deck of our yacht. Steering out of the storm required keeping the wheel straight as the hull was being raised and dropped down their slopes.The crew had taken turns to sail during the storm and we arrived in Dartmouth as gales force 9 and 10 were arriving.
Nick Jordan, who runs Cornish Cruising with his wife, said: “This is the worst weather we’ve ever had whilst I’ve been organising these trips.” Other vessels caught in the storm have been immobilised and needed helicopter rescue.
It was expected that we would leave today, in order to arrive at Royal Victoria Dock on Sunday. However, another remerging storm has forced us to remain here another night. On it’s clearing we’ll follow safe route to Royal Victoria Dock.
The plans for the campaign, Squint Koros Ltd, are promoting, to sail to a secured destination with intention to promote it’s ethos and team spirit, were certainly not dampened by the directorship of this crew of people. 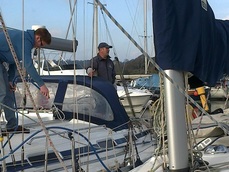 Racing sailor rates running on business climate                                                           20/11/11
The seas in Falmouth’s local waters provided, Mr Chris Fallies, the beginnings of his yacht racing experiences.
His now developed skills push novices out onto the water to become able crewmen in sailing a yacht, even, through conditions as severe as force 9 winds.
On the Bavaria 38 Cruising with me this weekend were, Mr Fallies and two others, both students. We were a more functional crew than the last I sailed with, However, playing cards and alcohol can leave bags under your eyes when setting out at 8:00am.
This was avoided, but for one night of the three we were sailing. The chilly weather suited the circumstances about my work and Zambuka seemed the warmest way for me to break the ice with my shipmates, when the opportunity presented itself.
The restoration project, Squint Koros UK, is undergoing gets ever more uncertain to succeed. If not for the binge habits of the low, then, due to the business climate that demands celebrity status and entertainment from the stars. Mr Fallies described the excitement of racing to expose the company’s carnal position in a yacht put the odds against the company’s success.
Mr Fallies, said: “I raced in 1989 during force 8 and water was coming into the cabin.” This implied a group of Koros’s directors sailing across the channel might not even be laughable. “You have nothin to grab hold of in these cruising yachts, in force 5 or 6 you got no rails to grab hold of in a race.” Any company candidates sailing would need greater sea legs then that of the London crew expected to sail impressively for the companies cause.
The passengers now seemed the only commodity that would increase the entertainment value, of the restoration project, on the yacht. Among the candidates that are taking part in the project are writers, singers and actors of parts in the biographic screen play.
More entertainment value has been given to passengers on yachts for racing them, however, the Squint Koros UK, candidates to disembark on the company’s vessel, may find they possess a greater status by running the race for their hearts. Taking part in this carries a greater entertainment for the soul and a novel one for the world watching.
On the final part of sitting my competent crew course, the weather was mild unlike the force 5 winds we were sailing last time. (Refer to The sailing, dated earlier in the blog.)By A. Pemberton 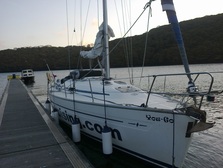 The Sailing                                                                                                       22/10/11The Baveria 36 foot yacht didn’t look like the titanic but myself and three others including the sailing tutor left port at around 4:30pm yesterday from Falmouth marina.
It was fairly high winds and the ship took sail with little help from the motor, pressing out towards the ocean and boasting the stability directors of the publishing company, Squint Koros UK, were considering to carry the objective, restoration project, after the Global Restoration Link, in august.
The course was offered by a company called Cornish Cruising. For £250, pounds I have been travelling on a ship I can easily imagine myself travelling to Jamaica in with members of the company. The ship travelled at around 5 kts to the place where we first set our destination. 5 kts in a vessel like this was like moving in a train with all the windows open. It wasn’t until the second day that we used both the main sail and the head sail. Like, adding nitro after reaching the red rev bar, our speed increased to about 8 kts and, by natural affiliation, so did the waves.
It was a great experience until we found our destination dock had not prepared for us. I refrained from throwing my sovereign card, me and the holy truth, but, altering course for a new destination left me without a sober stomach. We’ve docked in a nearby Marina, however, we have one more day to go. I’m recovering quickly under the green light of an internet cafe called, Loading, and expect this type of yacht will carry us to carnal safety in our corporate battle. They’ll, man them down, turn it back round, this is top dollar but hell high ground, Squint Koros UK.

By Aaron Pemberton
Powered by